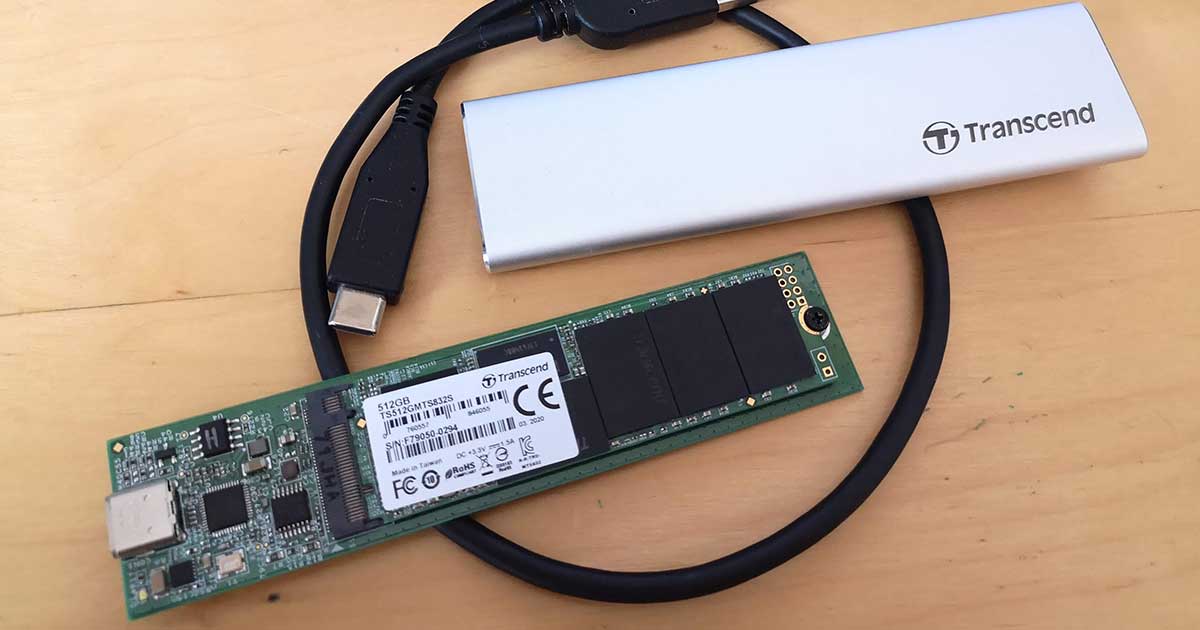 A quick review of enclosure kit for NVMe SSD with Transcend 832s 512GB of SSD disk.

A couple of weeks ago Transcend with SarotaPR - thank you, Karolina! sends to me a package, where was three things. PenDrive, which I described earlier here, and two other things.

One was the SSD disk, which I described many times on my blog. Last time, for example here. (All previous reviews are written in the Polish language).

The second thing was more interesting for me. Why? Because it is an enclosure for M2 NVME disks.

I asked for that kind of stuff because as always I have a problem with storage in my home lab.

For example, even if I have 500GB of SSD on my new device, that is not enough for some of the labs (like this one). They write, that minimum of space is 300GB. Nope, I have more than 400GB of free space, and that isn’t enough.

So, I needed to find another solution, how to move machines from my lab which currently I’m not using, but I’m pretty sure that I will be using later.

Maybe move to my NAS device? Nah, what if I will take my laptop with me and go to my parents? I will don’t have access to machines. Also, before I download 20-30GB of each machine I will forget what I want to do.

There needs to be a better way to do this.

What if I can use some SSD disks which can be connected to USB ports? After a couple of days, I received a package from Transcend with two (yep, three things, but the third thing is not related to this article ;)) things. 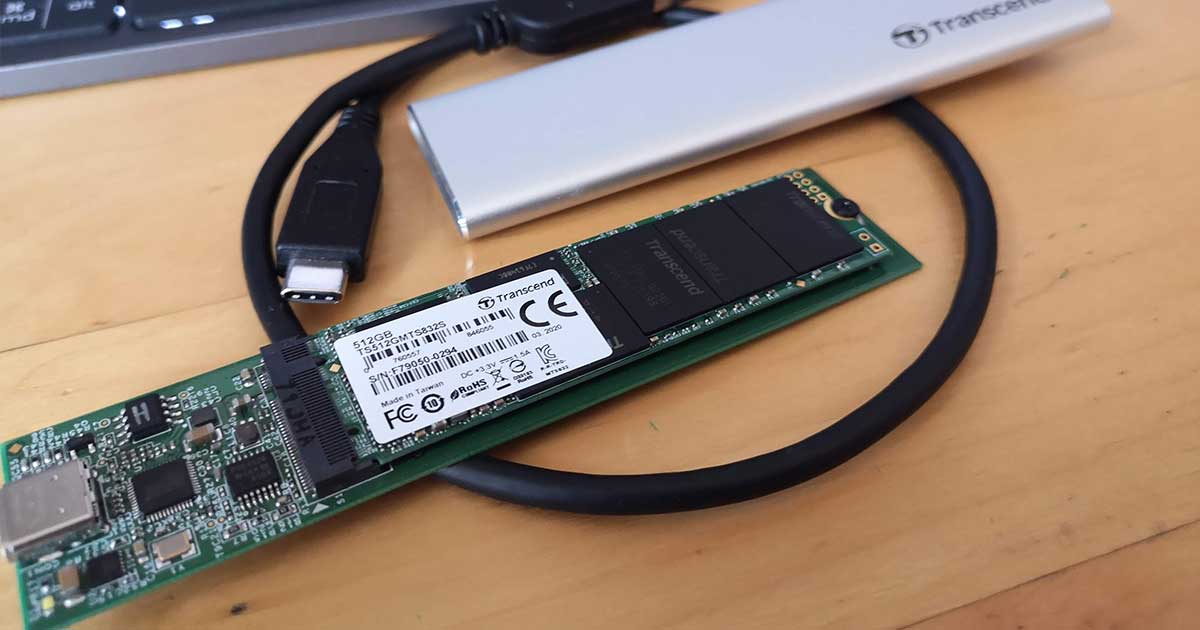 So, let’s start with some review of that good things!

First a couple of words about the disk.

It is a model: M.2 SSD 832S with DRAM cache. I have 512GB of size, but there are also 256GB and 1TB versions. From me, a version which I have is enough to move many machines to this disk.

And what is that IOPS?

In real words, if there is a bigger number of IOPS - it is better.

I didn’t do any tests with connecting that disk directly to M.2 port without USB, so I will not provide any screens from test programs, like CrystalDiskMark.

Next thing - the enclosure.

Is quite a very nice enclosure. It’s small, built-in using aluminum construction and there is very easy installation to add a new disk to this enclosure.

As I said earlier, there are three possibilities of the physical of the disk. To this enclosure, we can insert any of those disks. 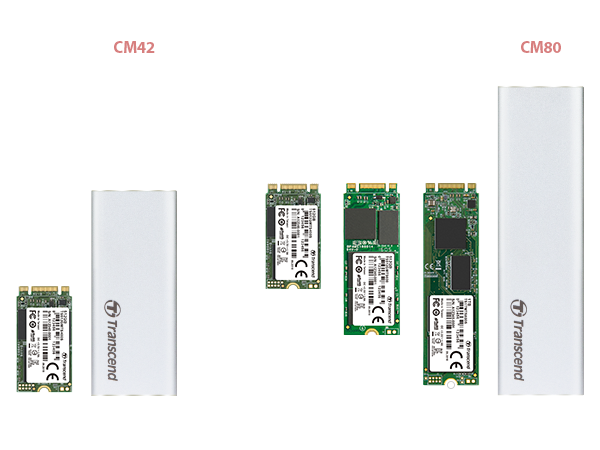 If we open the package, there is everything that you need to start using this enclosure kit, like:

Finally, I do not write there are no mounting screws on the package! 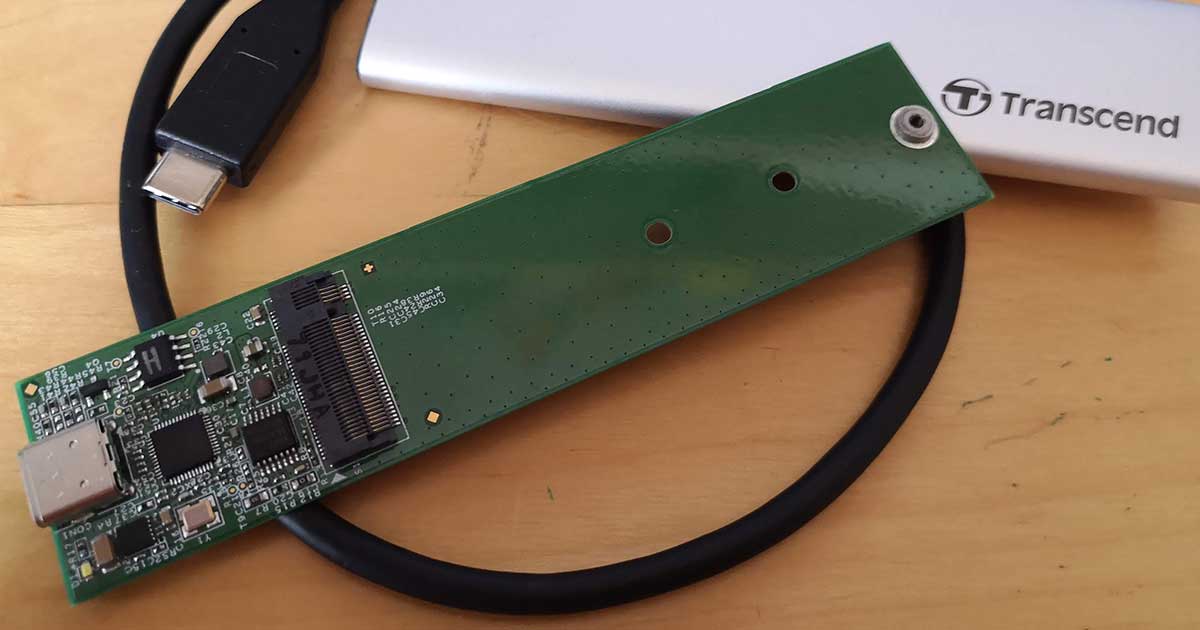 Because this enclosure has a USB-C port, there was only one strange thing for me. Why is there only USB-C to USB-A cable instead of both? They should add also USB-C to USB-C cable to connect directly to the newest devices - like Surface or Macbooks. Now if I want to connect to some kind of that device - I should use an additional adapter.

On the below screen you can see some results from AS SSD Benchmark with 5GB of the test file. 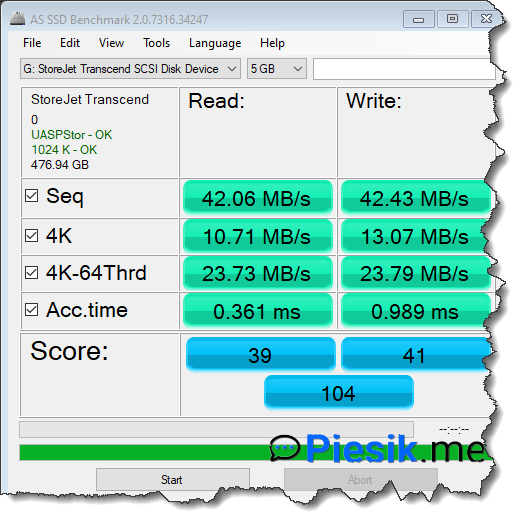 I do some basic tests and started copied 30GB of a single file. First, 10-15% was copied with 330MB/s, rest part of the file with ~220MB/s. I do another test and run the stopwatch - this same file was copied in 130 seconds. An impressive result for me.

I don’t want to do any other special test. That is not the purpose of that blog.

I used this SSD on USB to move particularly machines which I’m not using between internal SSD and SSD on USB and I was very pleased with its performance.

If you’re looking for that kind of solution - maybe that is a good idea to buy this enclosure and disk? Or buy another SSD disk to insert into a USB enclosure and will be also a good solution.

For me? Was more than enough and I can be pretty sure that I will buy something like this one in the future.

You may also enjoy

A long story to fix the issue related to the Slow connection after the creation of the external switch for Hyper-V.

Create profile for Data Collection for Devices in MEM

How to start collecting data from devices that are used with MEM?

A long time with Sonos Move on my home…